A PORTRAIT OF DIRECTOR JOHANNES NABER

Johannes Naber has a recipe for success: he is a person who thinks politically, and a director with something to say. He formulates a theory, poses intelligent questions, and opens up people’s eyes. No insights or ideas are too crazy for him to turn into a good film – there just needs to be a clever idea behind it.

I met Johannes Naber for the first time on the stage of the Berlinale in 2011, at the presentation in the Perspektive Deutsches Kino of the Max Ophüls Prize winner, which he had just won for his feature film debut THE ALBANIAN. He was self-confident in discussion with the audience and astonishingly well-dressed for a young filmmaker. He also had a striking moustache like those worn by past generations. That looked strange, and I thought: surely he is an Albanian himself, telling his own story in this film. Naber put me straight on that, saying that he was born in Baden-Baden but finds it interesting that many Germans now believe he has Albanian roots. The Albanians, for their part, had taken him for a Turk, probably because of the moustache, as well. Subsequently, the film was received with great enthusiasm by many festival-goers all over the world, winning the Special Jury Award in Moscow, and enjoying great success in Albanian cinemas. Overnight, Johannes Naber’s name was added to the list of “people to watch”.

Johannes Naber began at the Filmakademie Baden-Württemberg, initially in the screenplay writing course, but ending up in the field of documentary film directing, where he graduated in 1999 with the 60-minute film POPSTAR. Even at that time, Naber was setting his own course: everything in his film about a girl band and a singer-songwriter from Hamburg centered on the question of compromises that have to be accepted in order to become a successful artist. Working without compromise is a luxury not everyone can afford. So that Johannes Naber can afford this luxury, he has been working as a gaffer for other projects (e.g. JACK by Edward Berger or THE CULPABLE by Gerd Schneider) and so procuring a financial basis which allows him more freedom in his work as a director. “Non-conformism is actually the aim,” Naber says with an arch smile, and tells me how Laurens Straub once said to him that now he had succeeded; he was only making “consensus-free” films these days. Naber likes that – for him, it’s what it’s all about. 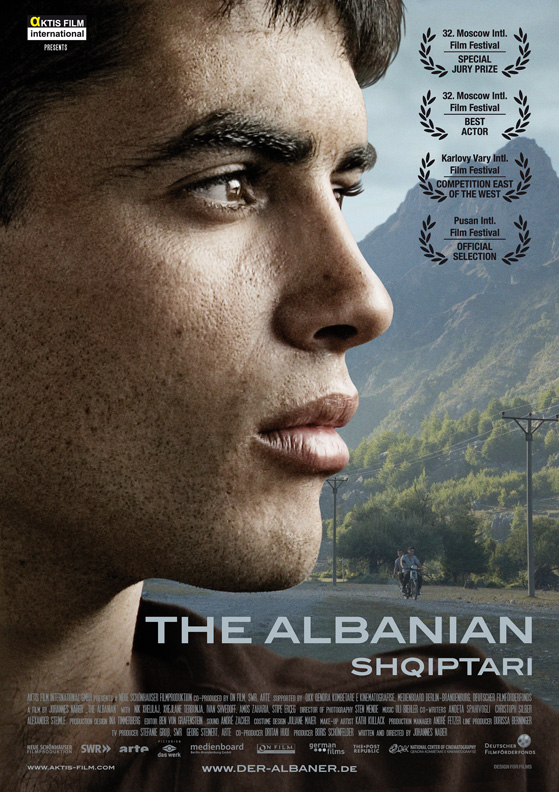 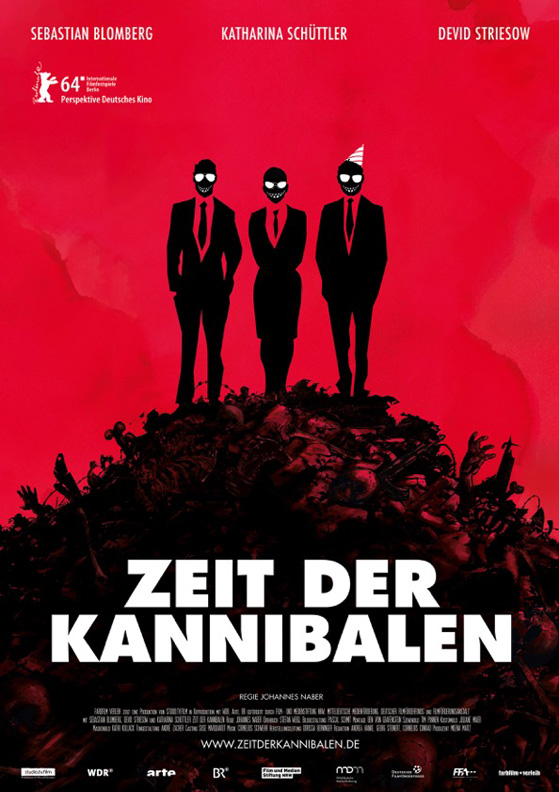 When he and his sister Milena Maitz, pro­ducer and managing director of studio.tv.film, began to work on his second full-length feature AGE OF CANNIBALS, they also thought: now we are making a film that will meet with absolutely no consensus. It felt that way above all when they took the project into the funding phase: a lot of convincing had to be done. “I started out from the fixed assumption, OK, it will all be over after this film because it’s just so far out … And as things turned out, it’s not far out at all, people think it’s super. Recently AGE OF CANNIBALS was on the cover of Stern-TV magazine, so the film has definitely arrived in the mainstream,” Naber jokes in retrospect. At the award ceremony for the German Film Award 2015, the grotesque story of corporate consultants rightly won the bronze Lola in the category Best Feature Film, and screenplay writer Stefan Weigl received the Lola for the Best Screenplay.

In reference to a Fassbinder quotation, Naber put the label “films not bombs” on his earlier works, but he no longer uses it that way today. “If you want to get maximum effect with radical content today, you shouldn’t act the big shot … you may just scare off the people you want to reach. You have to try to make an impact through content not via form or a label,” Naber says, summing up his attitude. One thing is certain: making films just for the sake of making films is not his thing. He prefers to follow the motto: “Make every film as if it were your last.” 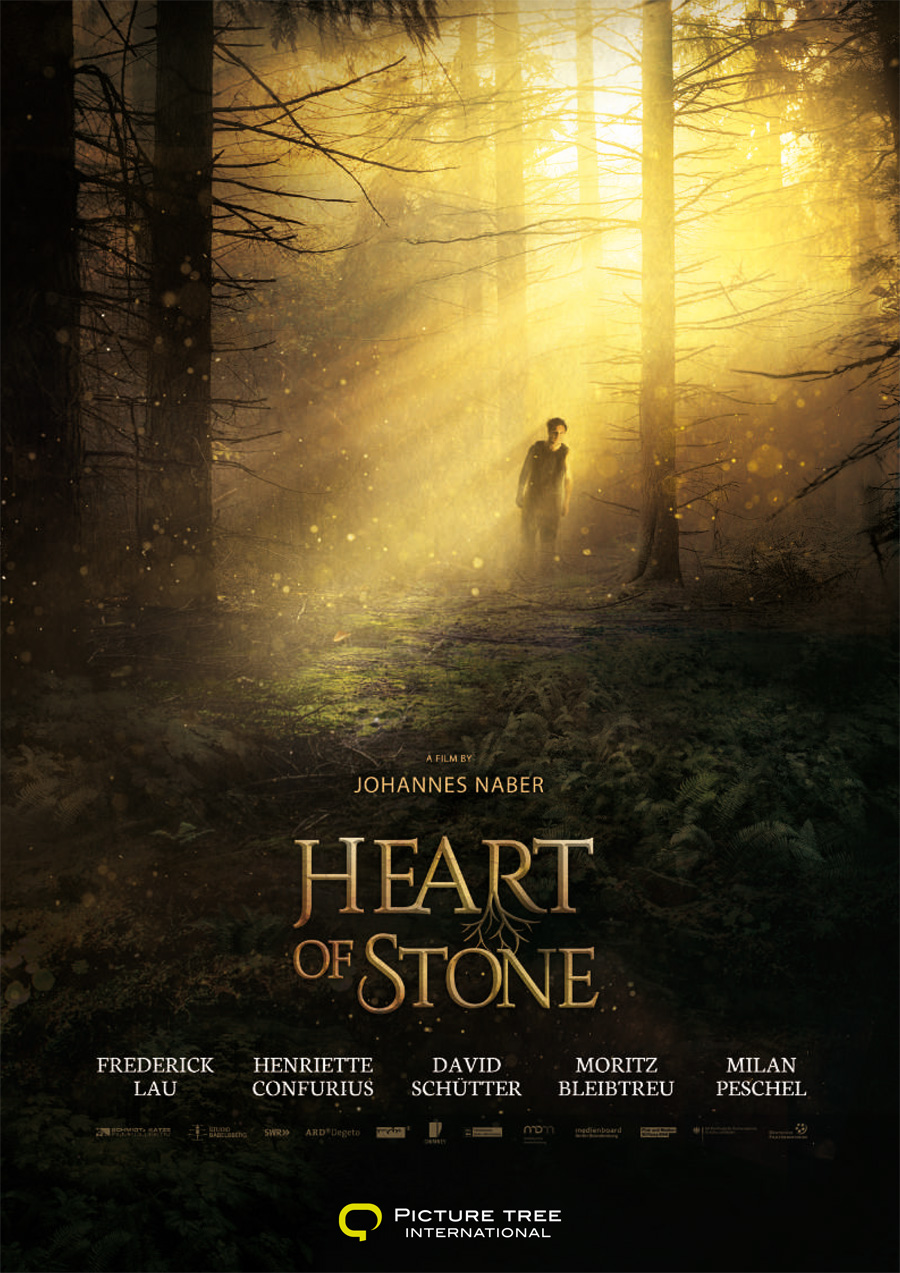 Johannes Naber enters into temporary alliances for this, re-forging them for every new project rather than backing a fixed network. The idea of a machine that the same old people keep putting money and ideas into, and good films then come out at the bottom – it doesn’t work for Naber. “I have respect for networks like that, but it is the wrong approach for me. I need to construct a new machine for every project. That’s my insight gained from the past.”

Now we are eagerly anticipating Naber’s new film, HEART OF STONE with Frederick Lau and Henriette Confurius in the leading roles – a fairy-tale film for adults, a romantic love story. Naber himself describes it as “a mixture of Russian fairy-tale film and GAME OF THRONES, an opulent work, not a respectable German fairy-tale, not historical realism, but genre and cliché with an anti-materialistic message, cinema of the best standard.” It is Johannes Naber’s third feature film and at the same time, his third film telling of money and its negative effects on people. That is obviously Naber’s theme – money as excess, and how it brings evil into the world. HEART OF STONE will be launched in German cinemas this autumn.