A PORTRAIT OF DIRECTOR MARIA SCHRADER

Ialmost didn’t find her at first. It is afternoon, and Maria Schrader has withdrawn into the furthermost corner of the Italian restaurant. When she sees me, she stands up. “We can talk in peace here,” she says with a smile of greeting. Above all, she wants us to talk about her film, STEFAN ZWEIG - FAREWELL TO EUROPE, which is about author Stefan Zweig’s years in exile. Just around the block is the Berlin production company X Filme Creative Pool, which co-produced the film and launched it very successfully in German cinemas at the beginning of June, using its own distributing company X Verleih.

Maria Schrader is concentrating hard, she answers precisely and with some consideration. Obviously, the subject is one that is important to her. As an Austrian Jew and radical pacifist, Zweig had to flee from the Nazis, at first to London and then to Amrica. In the film that she wrote in collaboration with Jan Schomburg she devotes herself to these years of exile in Argentina, New York and Brazil up until Zweig’s suicide in 1942.

She has made some bold and very clever decisions here, not recounting this phase of his life as a conventional biopic but in six highlighted episodes, which “go into detail rather than breadth,” as Schrader says, and leave space for a complex character study with all its inner conflicts precisely because they leave so much out between the brief snapshots. And she has cast international actors for the characters, even down to the smallest of supporting roles, so authentically reproducing the jumble of different lan­guages among the exiles. 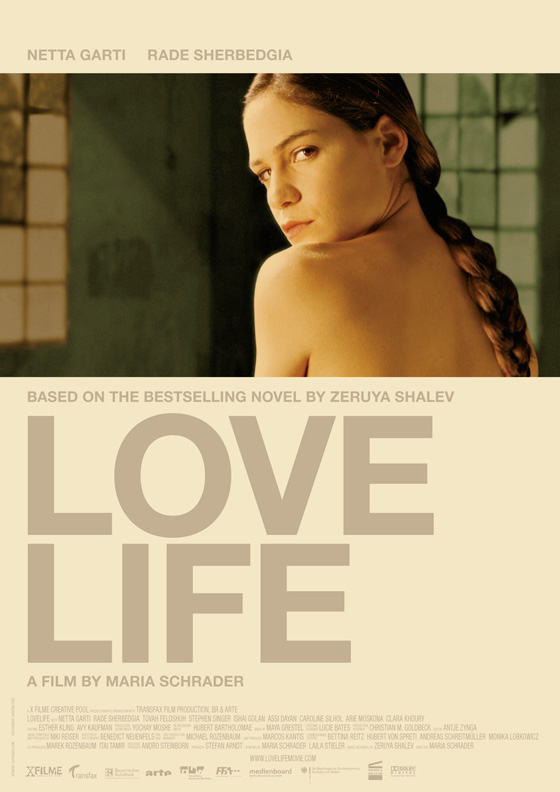 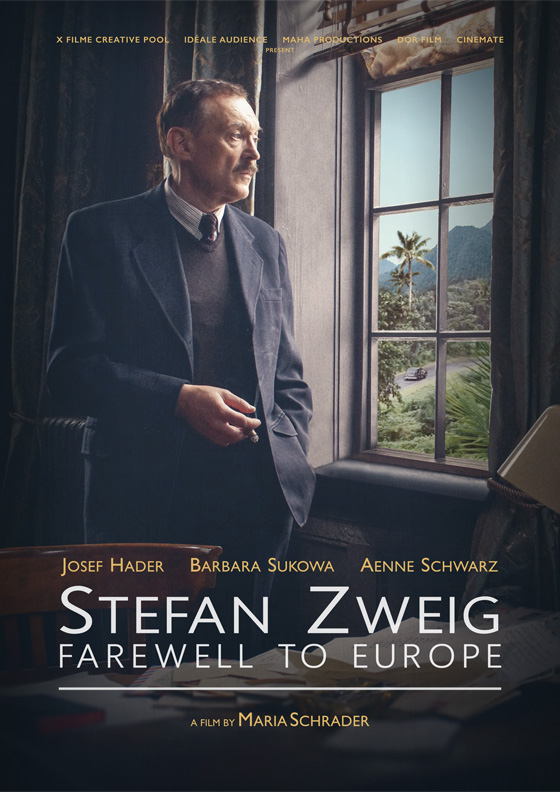 AT first glance, her choice of the leading actor is also surprising, but it actually emerges as a brilliant coup: Austrian cabaret artist and actor Josef Hader, who brilliantly embodies Zweig’s Weltschmerz. “Josef Hader is an author and an original artist himself,” Schrader says. “He doesn’t have to ‘get into the role’, we can believe in him straight away. His intelligence, his sensitivity and his high standards put him on the same level as Zweig himself.”

She did intense research for the film, and Stefan Zweig’s fate and thus the fate of Europe captured Schrader’s imagination for many years, first as an author and later as a director. Above all, she was fascinated by his engagement for a free, humanitarian Europe. “He always identified far more with a ‘spiritual home’ than with his actual origins. He despised nationalism.” She found the perfect cameraman for the film’s visual realization in Wolfgang Thaler. “He has no interest in re-creating reality, but looks for the image that will turn reality into cinema.” She refers to him as “a stroke of luck for this film”.

Every moment of the outcome is convincing. Spiegel Online called the work a “cinematic moment of glory” and “simply one of the best films of the year”, and for Die Zeit, it showed the “last phase of the author’s life brilliantly, without swagger or false patina”. But she not only struck a chord among the critics. German audiences also recognized the sharp relevance of the refugee issue, as well as a long overdue reiteration of the European ideal in opposition to the all-pervading mood of crisis and manifestations of disintegration.

In the summer, which generally means a poorer turnover in cinemas, the film was able to assert itself against the European Football Championship and the sunny weather with an astonishing 150,000 viewers after the first five weeks. Since its launch, it has continued to take first place in the arthouse charts. In July, finally, the drama was awarded the Prize for Cinematic Art at the Festival of German Film in Ludwigshafen. And at the beginning of August it will be screening in Locarno – in front of 8,000 viewers on the Piazza Grande.

STEFAN ZWEIG – FAREWELL TO EUROPE is Schrader’s second work as a director, after her debut film made in Israel nine years ago, LOVE LIFE, which was based on the novel of the same name by bestseller author Zeruya Shalev.

Schrader made her breakthrough as an actress after studying acting at the Max Reinhard Seminar in Vienna during the 90s. She has faced the cameras for Doris Dörrie (NOBODY LOVES ME), Margarethe von Trotta (ROSENSTRASSE) and frequently for Dani Levy, with whom she has also been writing screenplays from the start, including those for I WAS ON MARS, SILENT NIGHT and MESCHUGGE, for which she was also co-director. She has received a number of awards for her roles, including the Max Ophüls Prize, the German and the Bavarian Film Awards twice, and she won the Silver Bear at the Berlinale 1999 for Max Färberböck's AIMÉE UND JAGUAR, a film about a forbidden love between two women during the Second World War.

But the big screen is not enough for this all-round artist, by any means. Internationally, she made her mark most recently as a GDR agent in the celebrated TV series DEUTSCHLAND 83, which was a world-wide export hit last year. After guest performances at many outstanding theaters in the German-speaking countries, since 2013 she has been a member of the ensemble at the Deutsches Schauspielhaus in Hamburg. She has also received awards for her work as an audio play performer.

Despite her great versatility, however, STEFAN ZWEIG – FAREWELL TO EUROPE is not only the project closest to Maria Schrader’s heart but also her greatest artistic triumph to date. Alongside her colleagues Nicolette Krebitz (WILD) and Maren Ade (TONI ERDMANN), it makes her into the spearhead of a new and exciting type of German cinema, which succeeds in something that is often so very difficult: prompting equal enthusiasm in both critics and viewers.