A PORTRAIT OF DIRECTOR NIELS LAUPERT

“Welcome to Blockbuster Street”, says Niels Laupert, laughing as he welcomes me to the office of his company Jumpseat Filmproduktion, located in a salesroom on one of Berlin-Mitte’s most idyllic streets. Two other filmmakers, responsible for some of the biggest mainstream hits of German cinema in recent years, live in the immediate neighborhood. “All just coincidence,” Laupert says in denial when asked whether there is a connection between this choice of location and his colleagues’ success.

Laupert’s new film WHATEVER HAPPENS – the first since his debut with SEVEN DAYS SUNDAY ten years ago – tells a love story with no resemblance to the cheery comic monotony with which German cinema often seeks to win over mass audiences. But nor does this view of the broken relationship, told on various levels of time, between Julian (Fahri Yardim) and Hannah (Sylvia Hoeks) have anything in common with what Laupert calls “great German arthouse cinema.”

“Unfortunately, there is not much between those two poles in cinema here,” says the filmmaker who has chosen to live in Berlin and to adopt more of a middle approach. And in this case, that has nothing to do with doing things by halves, but with the right perspective. “I wanted to make a film that tells its story profoundly but also has light, entertaining moments without ultimately slipping into toilet humor. It was vital for me that the characters take themselves seriously, and I also wanted to show a baby that doesn’t automatically pee in someone’s face the minute it appears on screen. Nevertheless, viewers ought to find the film accessible in ways that don’t just demand an intellectual approach.” 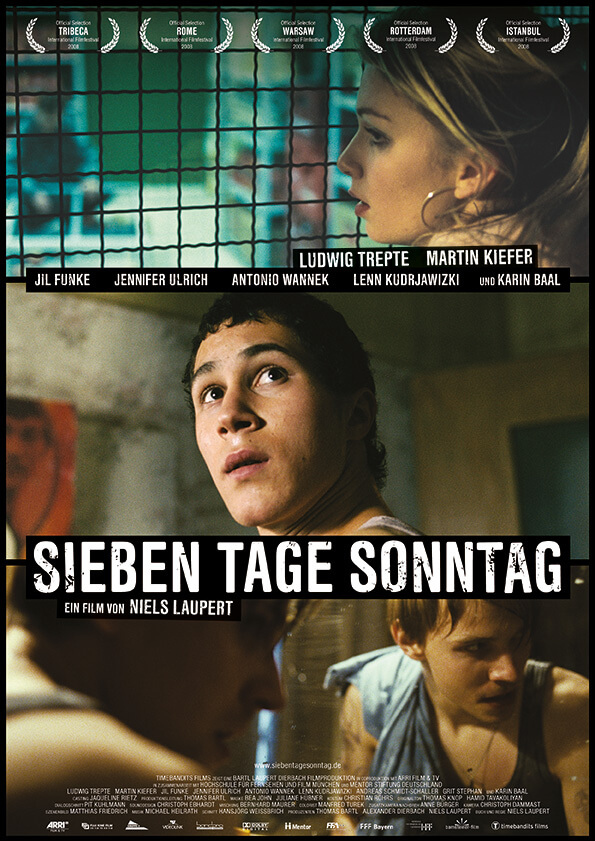 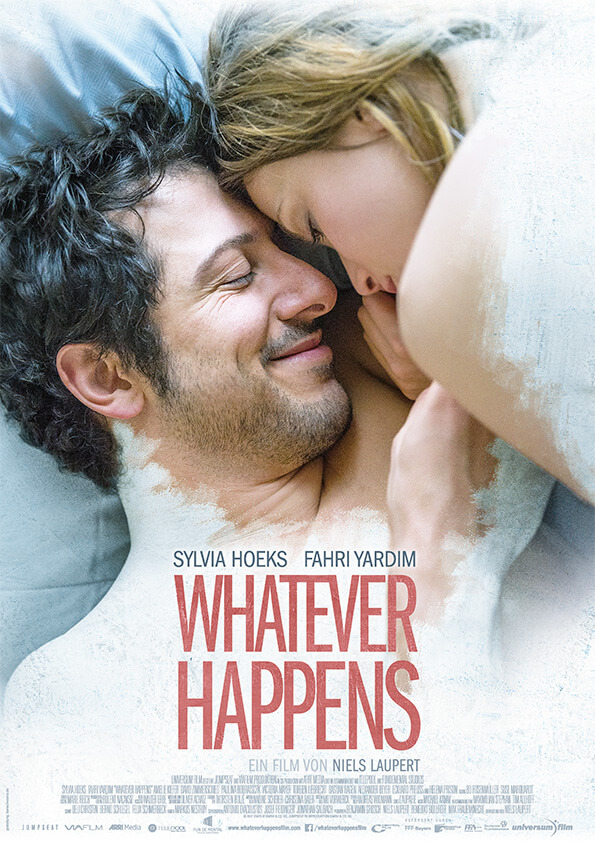 WHATEVER HAPPENS is the first film by Jumpseat Filmproduktion, which Laupert founded together with his close friend Benjamin Grosch, a strategy advisor, in 2013. However, it was actually born of necessity. There were problems (as yet) funding another, much more complicated project, not least due to its setting abroad during the period of the First World War. “That felt as though I had lost four years of my time,” Laupert says, who had a subsequent rethink and looked out for a small story that could be realized with as few protagonists and ocations as possible. “I always see an opportunity when things don’t work out – and in every farewell, which is dealt with thematically in WHATEVER HAPPENS, of course.”

In this case, the director also came across his leading actors almost by chance. Initially, he had not considered Yardim, who has made a name for himself in films primarily as a joker recently. But once again, a fresh perspective helped. Rather than looking at the demo-tape, Laupert watched a video on YouTube showing a laudatio the actor gave when presenting a prize for integration: “I noticed then how much warmth and intelligence Fahri has – and that he usually plays roles in which he doesn’t use his immense abilities to the full.” He had already en­countered Hoeks at the start of both of their careers, at the film festival in Sofia/Bulgaria, where Laupert was showing his crime drama SEVEN DAYS SUNDAY – as well as in Rotterdam, Tribeca or Warsaw. He was very taken by the Dutch actress’ presence (she is currently attracting international attention with BLADE RUNNER 2049); it was fortuitous that she also speaks German.

Although they were not looking specifically for a foreign leading actress for their film, it is no secret that Laupert and his business partner at Jumpseat very consciously try to see beyond the narrow boundaries of Germany. Among other things, they are currently pushing the development of an English-language series in Berlin. The two see their chance in a new global market for quality entertainment – and not least Laupert, with his experience of festivals, enthuses about the opportunities offered by international co-productions: “Such joint projects always open up fresh perspectives – and nothing is more important for film-makers than to keep on changing the way they look at things.”

Born in Frankfurt, he himself learned to enjoy changes in perspective during his study course at the University of Television and Film in Munich. As from 1997 he studied production there, only to re-register thanks to a special dispensation – after four years and a successful diploma thesis entitled “The Producer Between Businessman and Artist”. This time, his chosen subject was direction. “Before my studies, I thought that you were only capable of becoming a director if you were a driven artist like Scorsese, and I was always rather a lazy pupil,” Laupert recalls. In his youth he had read about Bernd Eichinger and was so impressed that it triggered his own desire to study production. “But then I learned a huge amount about directing there, simply because you work together with such a large number of directors. And later, when studying direction, I was able to see how important the right attitude and the process of convincing people can be with regards to funding, and that the director can and must also play a decisive part in that.”

At Jumpseat, where among other things an English-language love story and a German coming-of-age story are in development, the intention is for Laupert’s skill in the unusual double function of director/author and producer to bear fruit beyond WHATEVER HAPPENS. The question of what success means exactly is also a question of perspective, of course. “Naturally, as a filmmaker you dream about a big audience. To make films just for yourself is the most expensive form of onanism, as one of my professors always said to us in warning,” the 42-year-old declares, with a view to the future. “But there is a difference whether you make films because you think that the masses will enjoy them, or whether you have the sense that what moves you personally might also move other people. The latter is what continues to drive me.”