A PORTRAIT OF DIRECTOR SUSAN GLUTH

Susan Gluth leaves us in no doubt that every film means an incredible amount of work; that she is kept busy doing, and planning, and thinking, and despairing, and now and then rejoicing — and that all this is experienced in a permanent roller-coaster ride of the emotions. It’s clear there is scarcely any time for other things in a period when she’s aiming to make progress with a project.

“The director has just returned from Nepal and she is suffering from a nasty cold, but she still sits all day in a sound studio in Berlin with Israeli hang-player Hagay and Argentinian guitar-player Dominic, looking to complete her new film. It’s all about searching, feeling their way to the right sound. Susan Gluth came across the Israeli musician Hagay quite by chance, but now his music with the Swiss sound dish fits into URMILA wonderfully. The film is due to be launched in German cinemas in early 2016, telling the story of the suppression of girls and young women exemplified by Urmila Chaudhary, who had to work as a slave until she succeeded in freeing herself. Meanwhile in her mid-twenties, now she travels through the villages and towns of Nepal to rescue other girls. 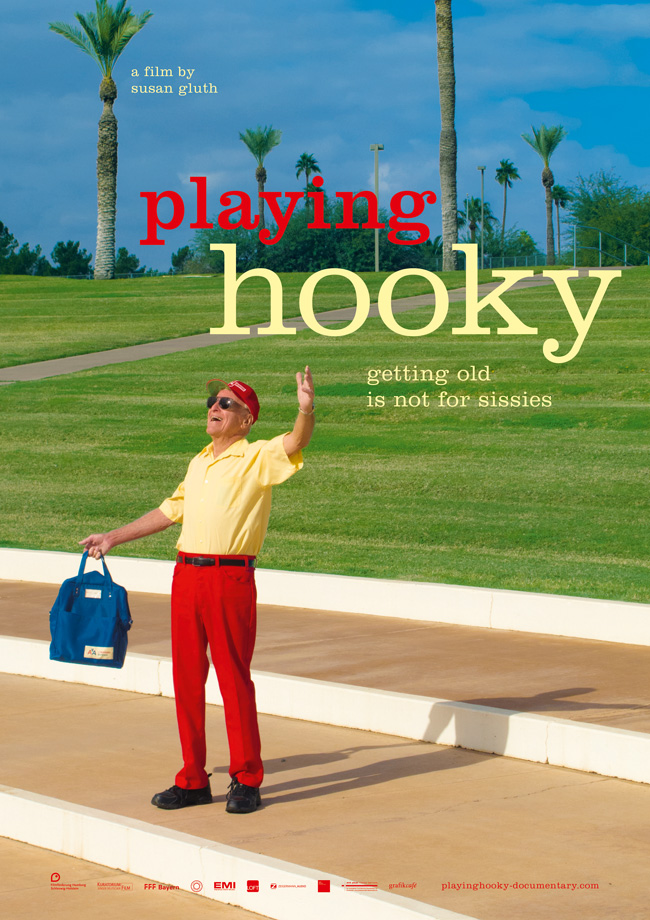 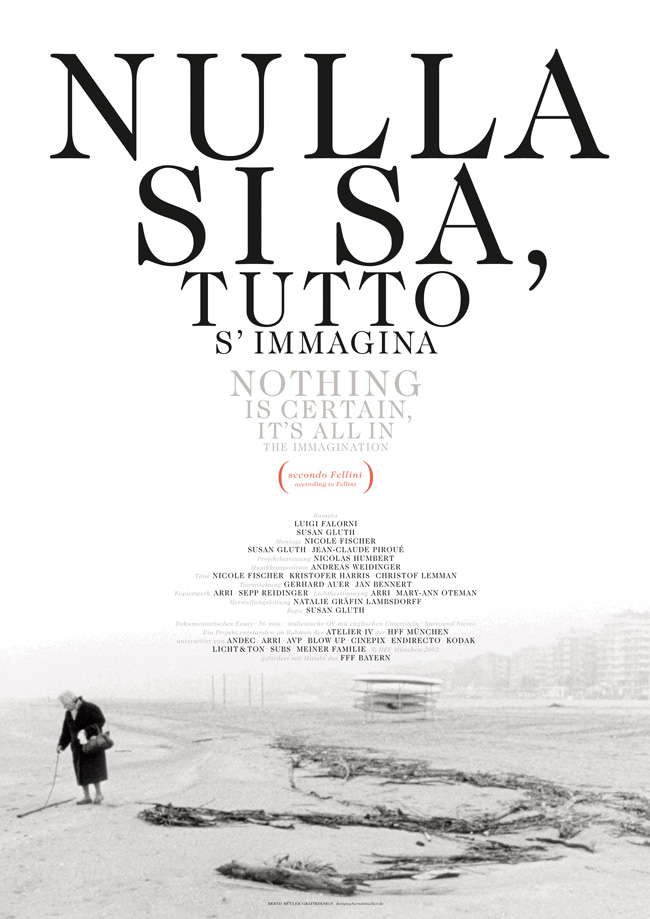 “Getting old is not for sissies,” it says on Susan Gluth’s website. This is a sentence from her film PLAYING HOOKY about Sun City in Arizona, a town of retired people. The saying could also be converted into “filmmaking is not for sissies”. Gluth is not a guerilla-director à la Werner Herzog, it’s true, but like her much-traveled colleague, she is one who works with incredible consistency and absolute passion — intuitively, rather on the basis of gut feelings, with spontaneous enthusiasm and a great openness to all those things that can’t be planned when you are just starting a new project. “I don’t write well-researched exposés at the start and then look for sponsors; I will be traveling somewhere and simply start to shoot, and often the material for a new film evolves from there, quite often by sheer chance. Usually, after this I have got so deeply involved in the topic that I can’t let go again. It’s only then that the issue of exposé writing and financing begins.”

Towards the end of her studies at the University of Television and Film Munich, Gluth said in an interview at the beginning of 2001: “It’s utopian to think you can exist as a documentary filmmaker. Television is the market, it’s not possible to live from cinema films. I want to make documentaries and reportages and, as far as possible, to live on that as an independent artist, with cinematography as my second fiddle, or perhaps editing.”

What the director said in that way 15 plus years ago was realistic — and roughly speaking, things have happened just as she imagined then. But since then, she has also fought her way to independence in impressive style. She founded her own production company to escape dependence. Rather than let anyone else do it half-heartedly, she also launches some of her own films in the cinemas. She has learned to see herself as an independent filmmaker, who — like an artist — has no fixed income. “So you don’t build yourself a house; you make films instead. In my case, there is no regularity but somehow something always comes in, sometimes more, sometimes less. Earning money is not a priority anymore. Some­times that resembles harakiri, I agree.”

Visitors to Susan Gluth’s website are wel­comed in English. She does not see herself as a ‘German’ director — from the very beginning, she has been international with her films. “My themes just approach me — it might be a personal encounter or, as for the first time with URMILA, a newspaper article. I begin to do research and something evolves, often through inter­national encounters and together with colleagues from all nations.”

For example, there was her first longer film L’AMOUR CHEZ TATI about love stories told in a bridal salon in Paris. It was followed by OSTWÄRTS about Mecklenburg-Vorpommern ten years after reunification, then by a portrait of the great Federico Fellini and two documentaries about refugee children in Darfur/Sudan. The director gives no answers to the question why wars and conflicts happen, she feels the way sensitively and with great curiosity toward the fears and hopes of displaced people. The children tell her about their earlier lives, about escape, and the trauma of violence and persecution. The scenes showing the everyday life of the camp speak for themselves, the viewer has plenty of time to engage with the protagonists, and to befriend them in a very personal, intense cinematic fashion.

Susan Gluth’s most successful cinema film to date was WASSER UND SEIFE, a film about a laundry in Hamburg made in 2009. Gluth portrays people at the bottom of the hierarchy. Tatjana, Gerti and Monika are three older women, who mangle, iron and wash in a small family business for very little money, each earning around 750 euros per month. She encounters the three unqualified workers with great respect and regards them at the same level, as they do their sweat-breaking work in the heat, with a constantly high noise level. She not only shows her protagonists at the laundry but also joins them in their private lives. For 90 minutes, WASSER UND SEIFE affectionately focuses on these unsung heroines of work and their modest dreams of a little happiness.

Susan Gluth always admires people who are committed, who dare to venture from the cover of safety. The director investigates the force that inspires such people, asking where they get the energy for what they do, and how they manage it all. These are essential and existential questions, which the director also asks herself repeatedly. As a filmmaker she long ago became used to reaching her own limits, but she never loses her awareness of others. When she flew to Nepal in September 2015, visiting Urmila’s parents for a scene still missing in the new film, she took very little for herself other than three pairs of socks and two pairs of underwear, “if you need it, wash it!” The rest of her luggage, besides camera equipment, was made up mainly of gifts: pullovers, T-shirts, lipsticks, ballpoint pens and five kilograms of chocolate, “the good stuff from Switzerland and from Germany. There is none of that there, but the people like to eat it so much now, as well as gummy bears and licorice from Hamburg.”