A PORTRAIT OF DIRECTOR VALENTIN THURN

They tasted nice, remembers award-winning journalist, best-selling author, food fighter and documentary film director Valentin Thurn about the fried locusts. His attempt at the Thai delicacy at a local market marks the beginning of his current film 10 BILLION — WHAT’S ON YOUR PLATE?. He remembers taking a pass on the big spiders, and opting for the locusts, being flavored with a lot of garlic, basil, lemongrass and their texture resembling shrimps. Moments like these illustrate one of Thurn’s films’ most notable characteristics: His personal perspective gives the pieces their structure — fact-oriented journeys along the major current socio-political questions in which he plays the role of the “viewers’ representative“. Symbolic scenes like the fried insect snack create openness towards topics such as the necessary shift of world nutrition, preferrably complemented by strong emotions that distinguish his favorite medium, the cinema, from his professional roots in journalism.

“LESS IS MORE“: The title of the film about ways towards a post-growth economy his Cologne-based production company Thurnfilm realized with director Karin de Miguel Wessendorf also summarizes his documentary approach. There are no big gestures or aesthetic extravaganzas in Thurn’s numerous films, no anger and absolutely no personality show. Yes, there are KILLER-GERMS and MILKREBELS (2014), FOODSAVERS (2013), a WHISTLE­BLOWER (2009), an Al Qaeda fighter (I AM AL QAEDA, 2006) and many other spectacular human and social phenomena he portrayed and questioned for film, radio and TV as well as in books and magazines. But Thurn’s analytical background as a scientist – he studied Geography, Ethnology and Politics in Aix-en-Provence/France, Frankfurt and Cologne — and solid journalistic education prevent him from indulging in the sensational. He is more interested in logical progression, in an optimistic way to “start the narrative from the solution.” This was definitely the strategy in 10 BILLION, currently running in cinemas, and its predecessor, the highly successful TASTE THE WASTE, which premiered at the Berlinale 2011, was shown at over 30 film festivals worldwide, and won 15 awards. Those two cinematic releases provoked an intense debate about the enormous waste, destruction and distribution of food in industrialized societies. According to Thurn, TASTE THE WASTE filled a “vacuum of know­ledge“, whereas 10 BILLION combined the question of feeding the ever-growing world population with arguments from both traditional farming methods and industrial food production. Artificial meat meets ecologically raised livestock, genetically modified seeds are compared with traditional farming methods and huge soy plantations in Africa with guerilla gardening in Europa. Thurn’s aim seems close to classical documentary motivation: To create a feeling for urgent global problems by highlighting seemingly “small“ examples. 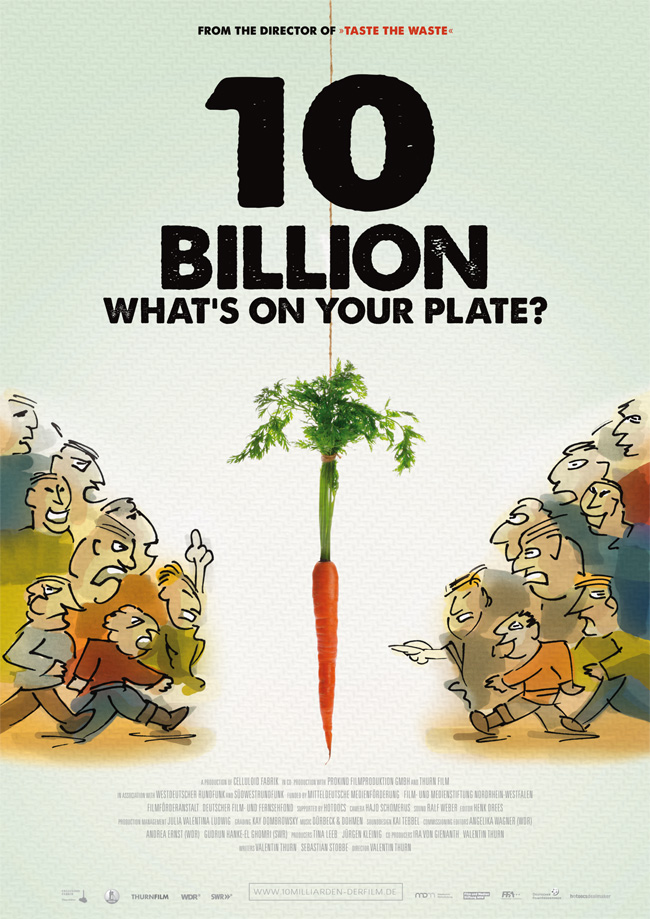 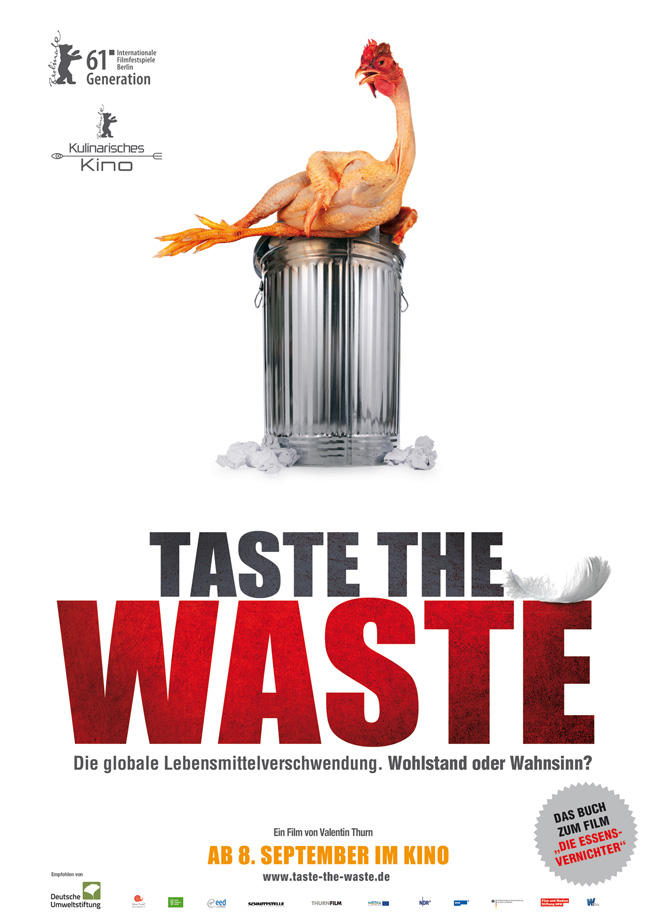 Born in 1963 in Stuttgart, the urgency to bring important issues onto the screen and into the world brought him to work for German and international broadcasters, followed by awards like the Prix Leonardo, Green Vision and Oekomedia. But soon the traditional role of the TV documentarist who more or less steps back behind his work opened to the bigger power of the image – the cinema. Thurn especially appreciates its compatibility with a whole package of book, online campaign and social movement and the chance to build its own community. “I want to motivate people to find their own way through our time’s social challenges. The film is the emotional starting point and leading medium, but once people are sensitized for a topic, they can immediately find the opportunity and platform to build a network.”

Even before Thurn started his production company in 1994, he founded and presided over the International Federation of Environmental Journalists (1993-2001), was a spokesman for the Environmental Co-Operation with Eastern Europe within BUND, the German Association for the Environment and Conservation (1990-1994), and later a member of the advisory board of the Heinrich-Böll-Stiftung, a foundation for environmental projects in eastern Europe (1994-1997). In 2012 he founded Foodsharing e.V. and the platform www.tasteofheimat.de to empower farmers, restaurants and shops that specialize in local products. He teaches and lectures at inter­national conferences and workshops, for example the Goethe-Institute in Mumbai, the Miguel Alemán Foundation in Mexico, Eco-Tourism Conventions in Johannesburg and Guayaquil/Ecuador.

Does he see himself as an activist? Thurn doesn’t fight the title so many critics have given him. He even accepted invitations to talk shows to speak about “campaign journalism“ — for him, a contradiction in itself. He wants to use the term “activist” with respect and does not intend on campaigns “Greenpeace Style“. He prefers initiating a debate instead of following a defined purpose: “And in the course of the debate, society itself directs its progress and focus.“ He also distances himself from the term “objectivity“: “As documentary filmmakers we always have a position and an opinion. Everything from choosing a topic to editing a film is opinion-making, but if this is made clear from the beginning, the viewer can decide to go along or be critical about it.“ Thurn’s main objective is fairness and respect for all kinds of arguments and belief systems. While presenting TASTE THE WASTE and 10 BILLION at international festivals he especially liked the reactions among the younger audience: “They are fed up with the old black-and-white thinking and ideological battles of the past. So am I.”

Especially in the last few years, Thurn’s films cover global topics. For him, this has a logical consequence. He has to go where his stories are, work worldwide and present his films to international audiences: “Symbolic places have to get real — at least on screen“. That the styles of documentary are different in every country, he sees as a given. But the responses are universal, from the small arthouse cinema in Southern Germany to school children in the Emirates. He and his team always count on the audience’s capacity for compassion, its intelligence and creativity. These days, Valentin Thurn’s main aim is to activate the universal human capacity to find new ways of living together: “We want to open up new perspectives on living causes and current issues that have a social relevance. In so doing, we not only want to reveal what is happening in our environment, but furthermore to move something by getting active and showing why it is worth taking action and how this can be done.“ Even if it takes snacking a few fried locusts.