A PORTRAIT OF DIRECTOR ASLI ÖZGE

“If you want to say something about people, you need to understand their culture. Values differ from country to country; that affects judgements and behavior. And to understand a place, you should spend time there. I’ve lived in Germany for 15 years now, so I felt ready to make a film here.”

Aslı Özge is referring to ALL OF A SUDDEN, her third feature as writer-director, and her first set in Germany, following MEN ON THE BRIDGE (2009) and LIFELONG (2013), both shot in her native Turkey. Özge is undoubtedly one of the most talented filmmakers to have emerged from that country; small wonder she has received encouragement from Nuri Bilge Ceylan. The Istanbul festival has repeatedly recognized her gifts: her debut feature (made after several shorts and documentaries) was awarded the Golden Tulip for Best Turkish Film, her second won the Best Director and Best Cinematography prizes, and the third carried off the FIPRESCI award. Clearly, however, her work also has international appeal; after their Panorama Special screenings at the Berlinale, LIFELONG and ALL OF A SUDDEN traveled widely around the world. And in Germany itself, the latter film rightly received extremely favorable reviews; the fact that it was a success with both critics and audiences testified to Özge’s firm grasp not only of the German language but of the country’s culture, customs and mores. 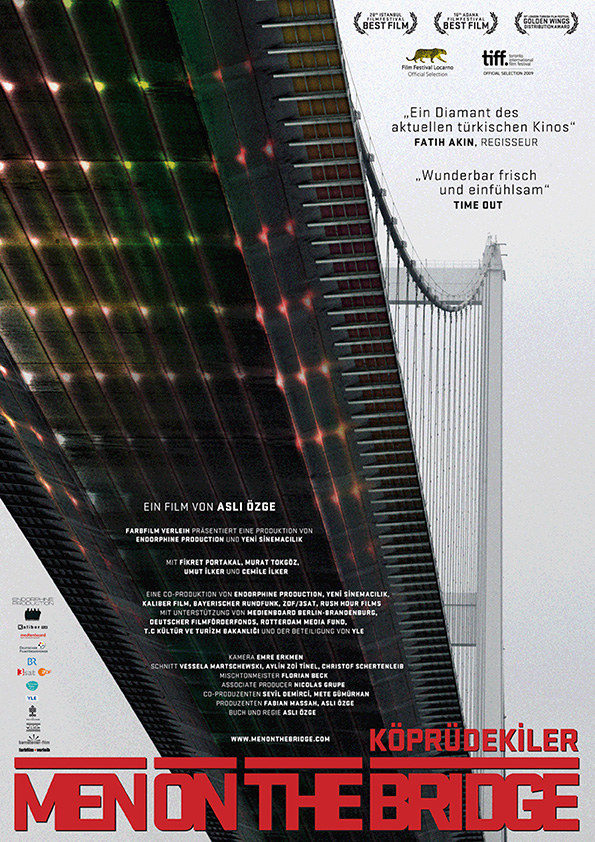 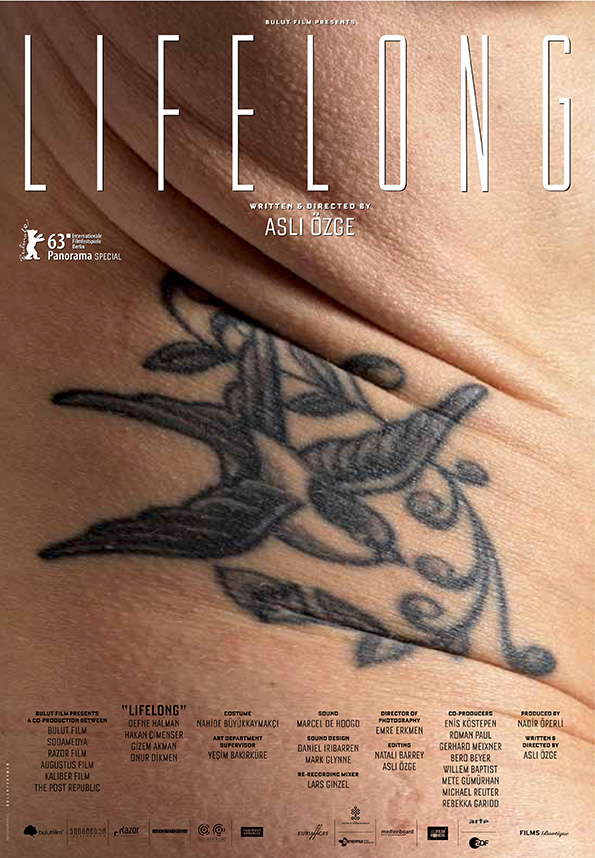 Born in Istanbul, Özge decided in her teens that she wanted to make movies. “My mother died when I was 17; I felt lost and was going to the cinema every day. That opened up new perspectives. I remember telling myself I’d become a director, though I can’t recall how I would have defined exactly what a director did back then! Anyway, since then I’ve never stopped thinking about film.”

She pursued her ambition by studying at the universities of Istanbul and Marmara, and then in Berlin, where she studied Philosophy and set up a production outfit with Emre Erkmen, the cinematographer responsible for the supremely elegant, expressive imagery that distinguishes her films.

Her work to date is notable not only for its consistently high standards – in writing, mise-en-scène, performance, sound design or whatever – but for its range in terms of content and style. MEN ON THE BRIDGE, an account of the lives of various people linked by their daily use of the Bosphorus Bridge, feels at times almost like a documentary; LIFELONG, a study of a troubled marriage which occasionally brought to mind no less a master than Antonioni, impresses with its subtly expressionist images, pregnant pauses and meticulously measured pace; while ALL OF A SUDDEN, about the effects of a young woman’s death on the lives of a group of friends who barely met her, performs a precarious but expert balancing act that mixes mystery and suspense, psychological study and social commentary, ethical rumination and bracing black humor. 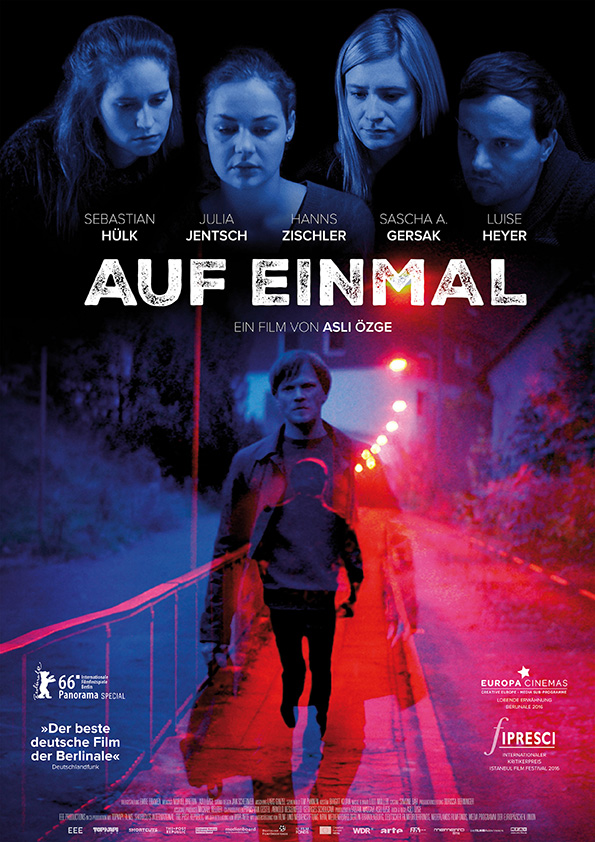 “I like to take risks,” explains Özge, “so I try to do something different each time. That said, I think my overall approach and my way of looking at things remain pretty constant. In fact, I’ve now realized – though only with hindsight – that all my movies deal in one way or another with being stuck, having nowhere to go. It’s not that I choose a particular theme – I’ve never done that. I just follow my instincts; I observe daily life and follow images, moments or situations that captivate me.”

“So MEN ON THE BRIDGE came from seeing street hawkers selling roses amidst all the traffic pollution. The contrast between the red roses and the dust was what drove me to make that film. For LIFELONG, I had an image in my head of a couple living with each other in a glass box and avoiding all confrontation – never quarrelling or discussing their problems. And with ALL OF A SUDDEN, I read about a woman’s death in the newspapers, and was immediately hooked by a question: what if a stranger suddenly dies right next to you? Couldn’t that change everything in your life?”

Özge’s comment that her films so far have dealt with characters who feel somehow stuck or stifled is highly pertinent: all three movies are notable for their sure sense of place and space, be it topographical or architectural. Whether set in Turkey or Germany, they are at once wholly convincing and vividly evocative.

“Because I want the audience to experience places in a film almost as if they’ve been there themselves, the main location, whether it’s a house or a city, becomes a character in my movies. Our lives are affected by where we live, and I like to reflect that on screen. Places can become obstacles: crossing the Bosphorus Bridge for two or three hours in a traffic jam feels like going through the eye of a needle!”

“So I involve Emre in every film at a very early stage. Our starting point is always the content: we try to find locations that reflect how the characters feel. For example, in ALL OF A SUDDEN, we wanted a location that would suggest how the main character feels trapped, so we looked for a town surrounded by mountains; in other words, it’s as if he can’t tell where his future lies. But we also work on building a color palette for all the elements of a film’s design: the costumes, furniture and so on. LIFELONG was about a couple feeling isolated from one another, so we chose icy colors: blue and grey. And to evoke feelings of loss and melancholy in ALL OF A SUDDEN we opted for autumnal hues. We completely avoided blue so that what predominated were harmonized reds, yellows and browns.”

Evidently, Özge is someone who prepares her films meticulously. When writing a script, she is careful not to reveal too much – “I prefer things not to be too explicit, and leave room for audiences to make guesses about what’s happening and why, to make their own judgements about characters” – and then, after what can be a lengthy casting process, she likes to discuss the characters and their backstories with her actors in detail. That said, she also acknowledges the value of serendipity and surprise.

“I’m never so in love with a script that I think it can’t be improved on. That’s why I like to allow space to take advantage of surprises, improvisations, coincidences, even mishaps that might occur during filming. But also I don’t give any of the actors a full script: they only get to know as much as their characters know, so they can’t foresee what the other actors will do or say. That makes for more authentic performances. Also, I like to surprise myself as well as the viewer!”